Perhaps best known for its medieval architecture, and being the oldest site of continuous Christian worship in the country - the Abbey - as it’s known locally, stands in the place where Britain's first saint was buried after giving his life for his faith over 1700 years ago. 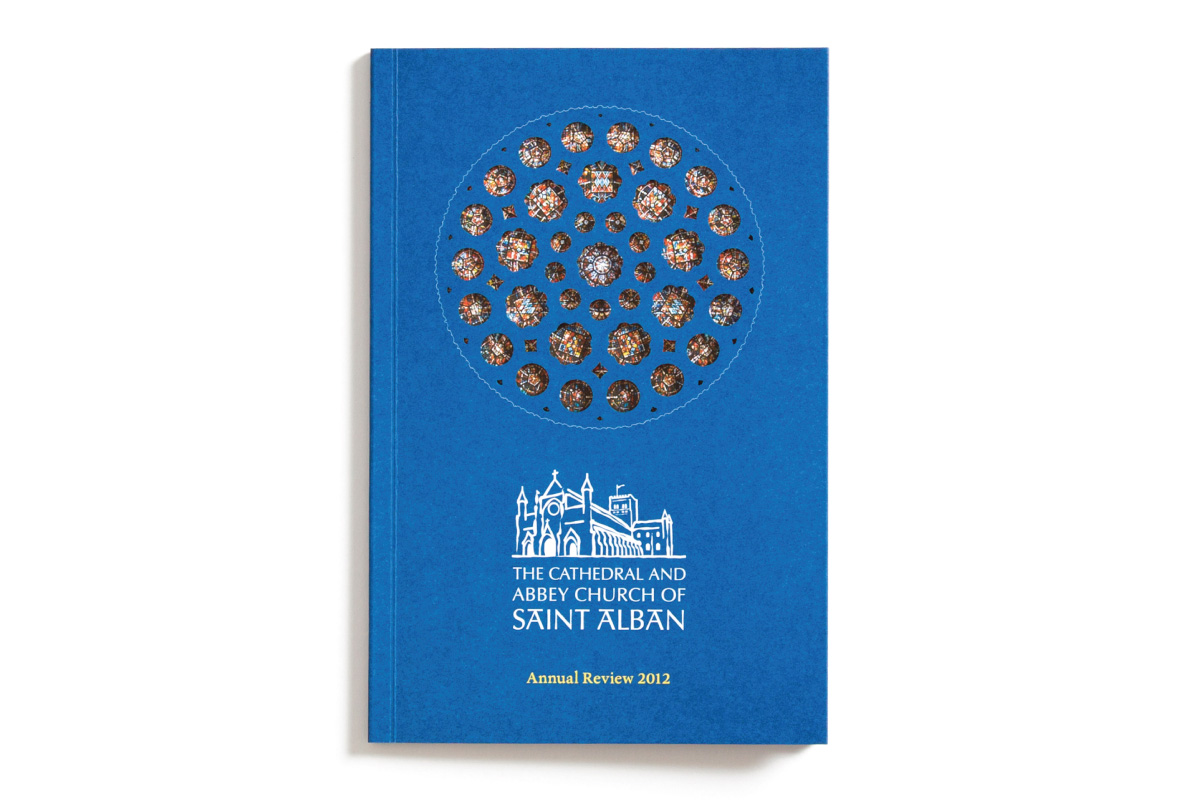 Today, when the Cathedral isn’t playing host to worshippers, its community of 900 volunteers is busy educating nearly 15,000 students and welcoming 180,000 visitors and pilgrims from around the world each year. 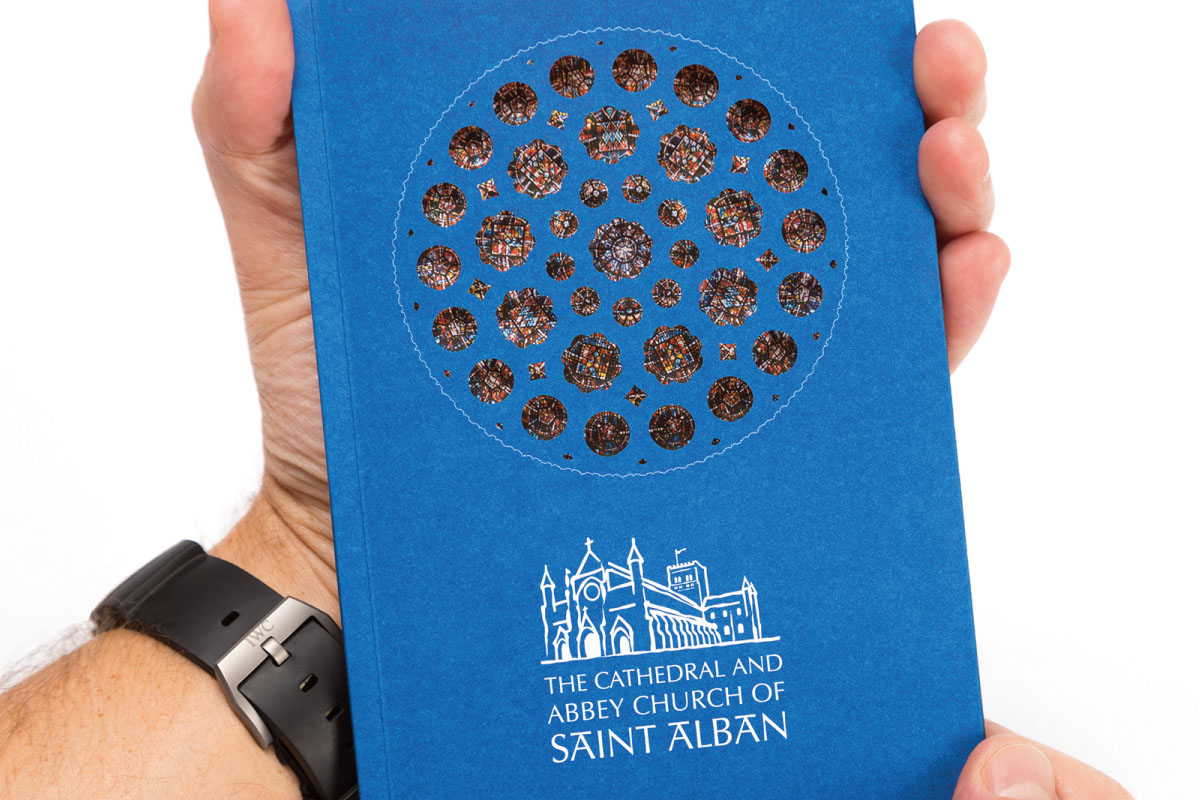 As planning got under way to mark the 900th anniversary of the completion and dedication of the Norman Abbey, we were approached by the Dean with a view to making the Annual Review more engaging and digestible. Taking advantage of the building’s rich history and exceptional engineering - including the famous Rose Window in the North Transept - we developed a dynamic, pocket-sized printed book combining an arresting die-cut front cover, beautiful photography, detachable post cards and striking information graphics. We adopted a simpler, two tone colour palette and an enlarged format the following year. 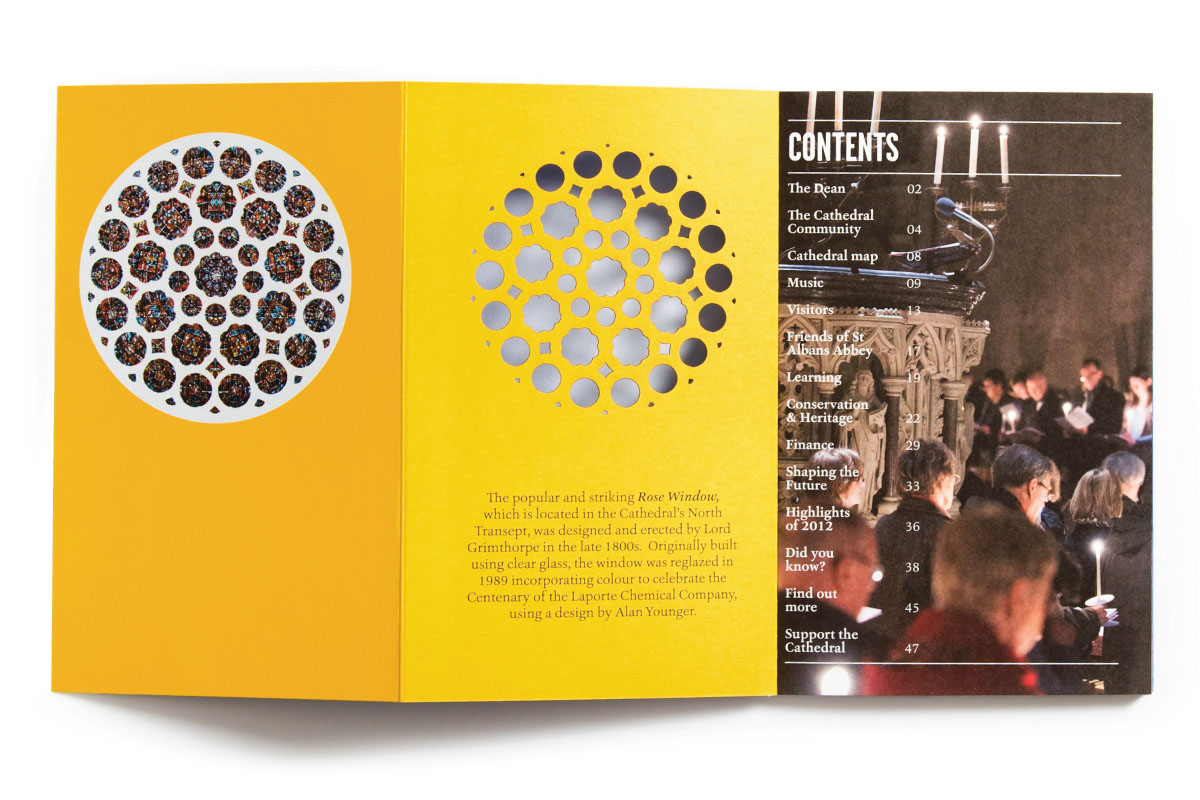 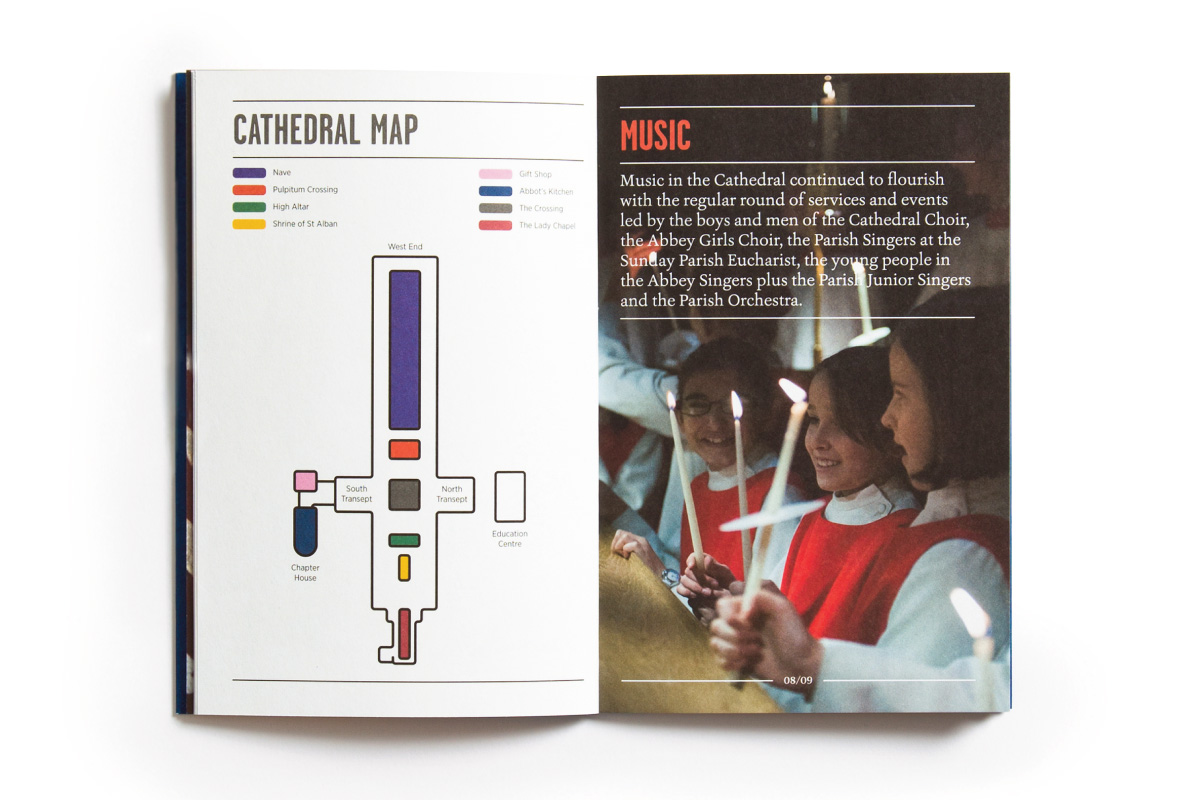 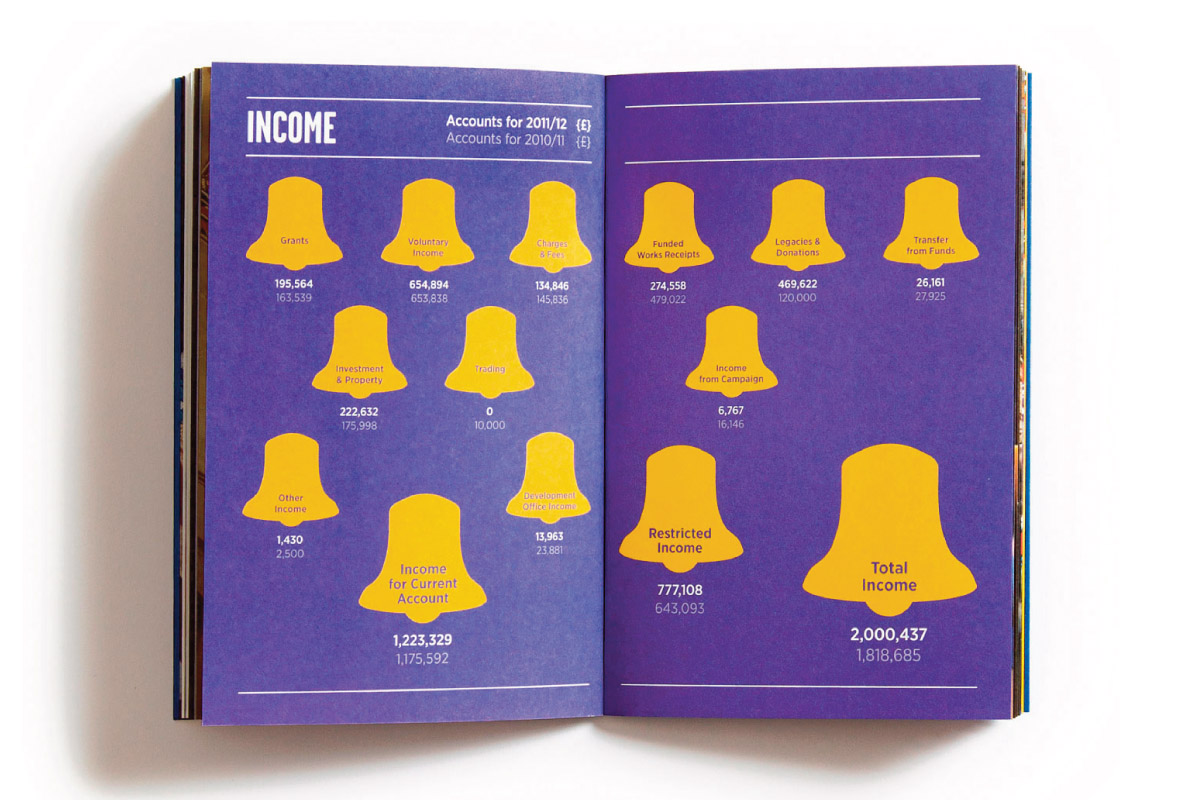 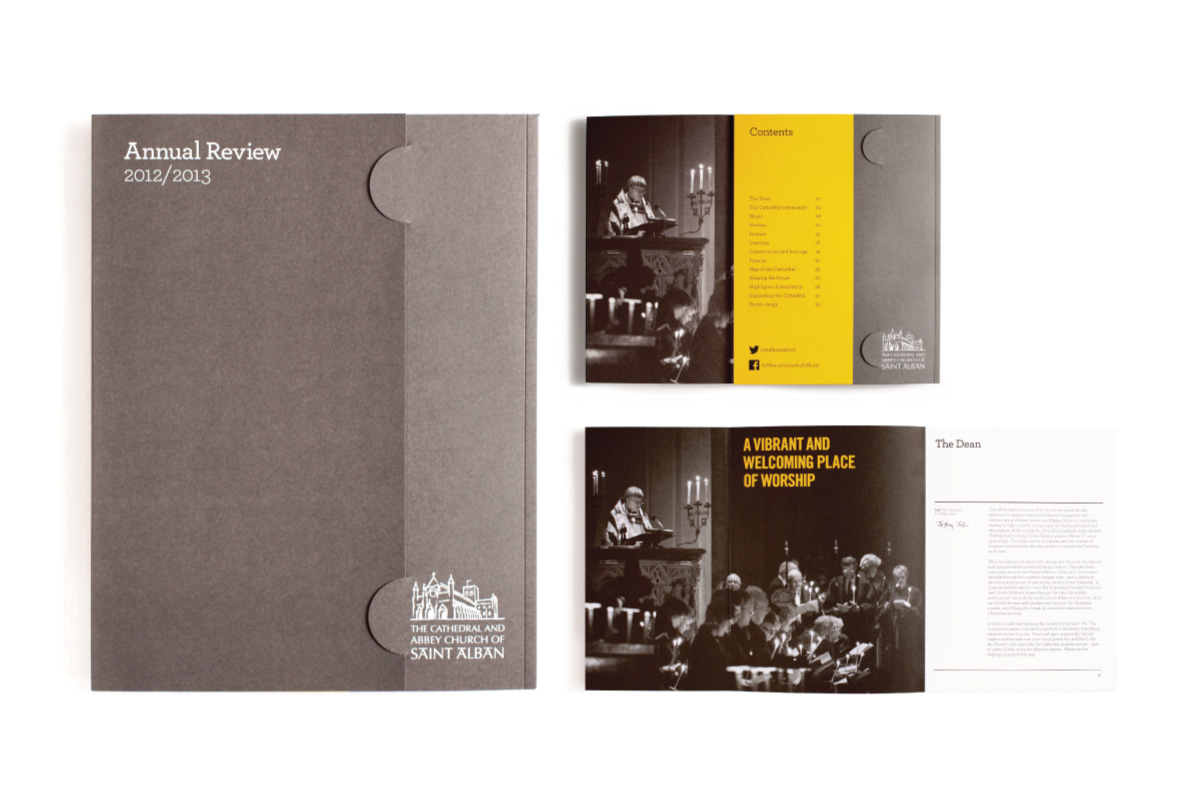 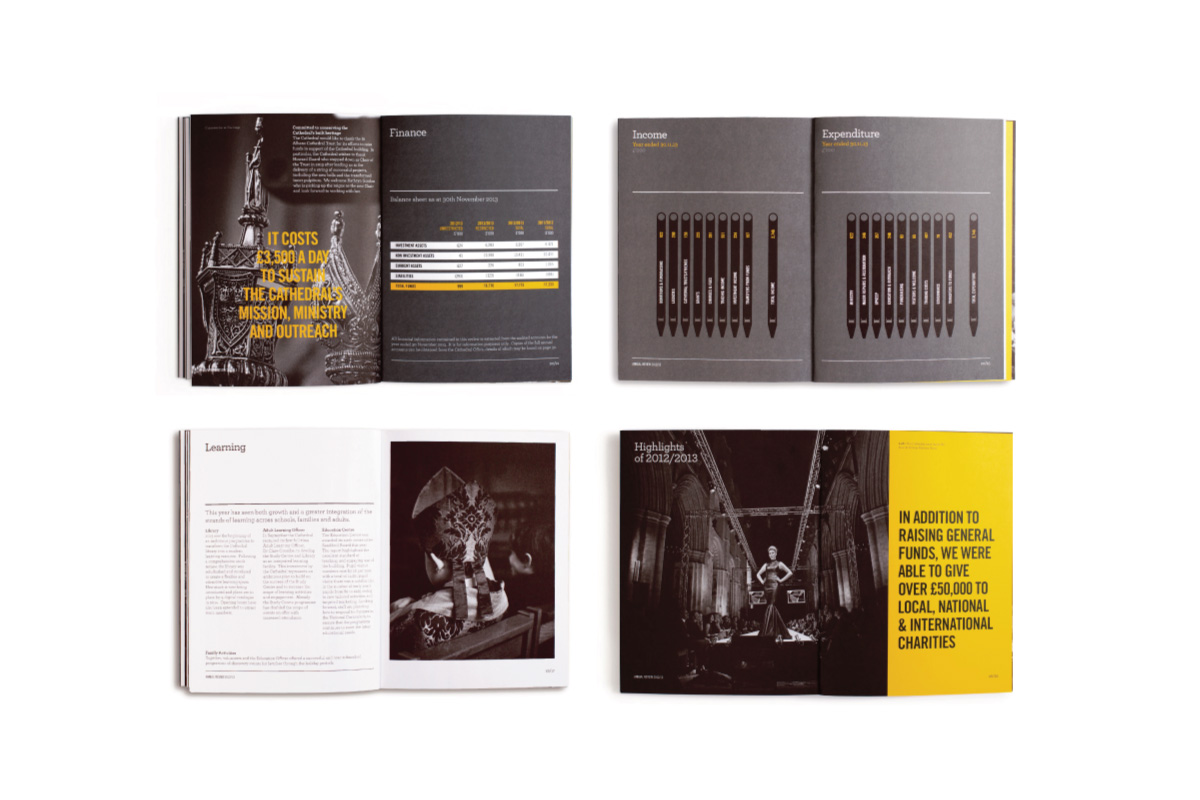 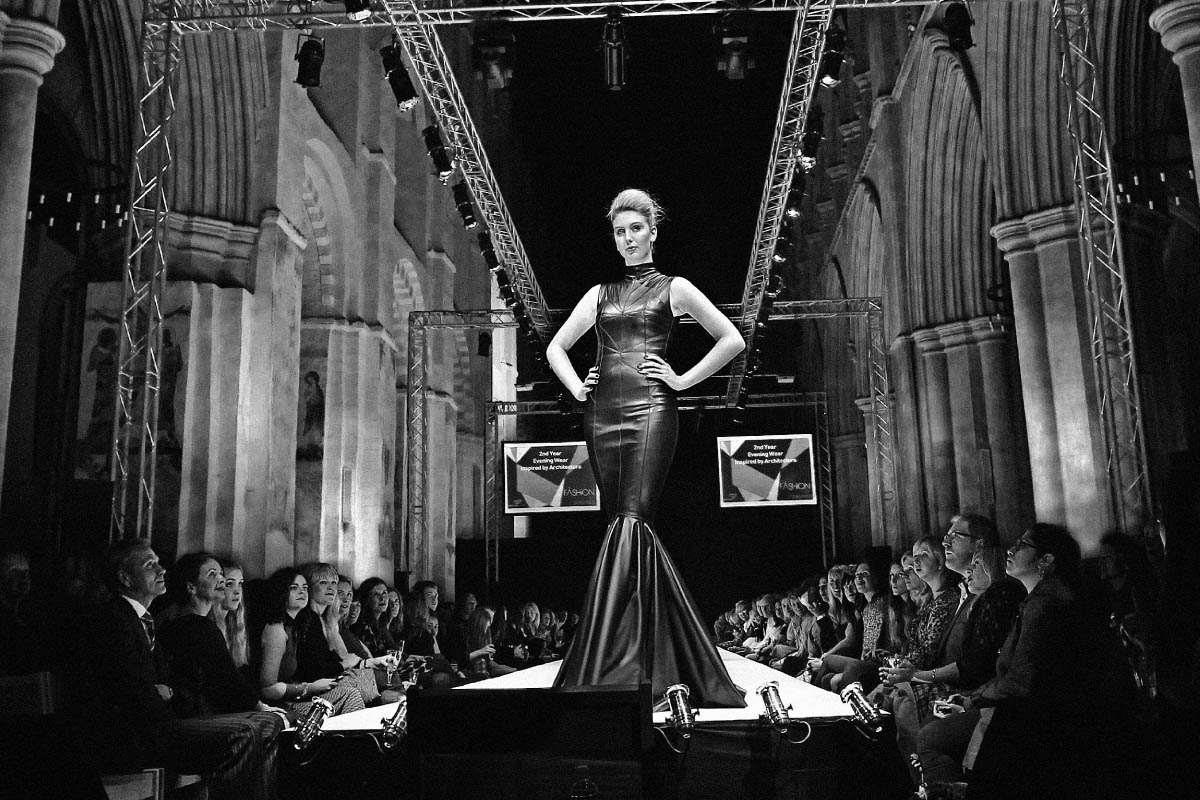 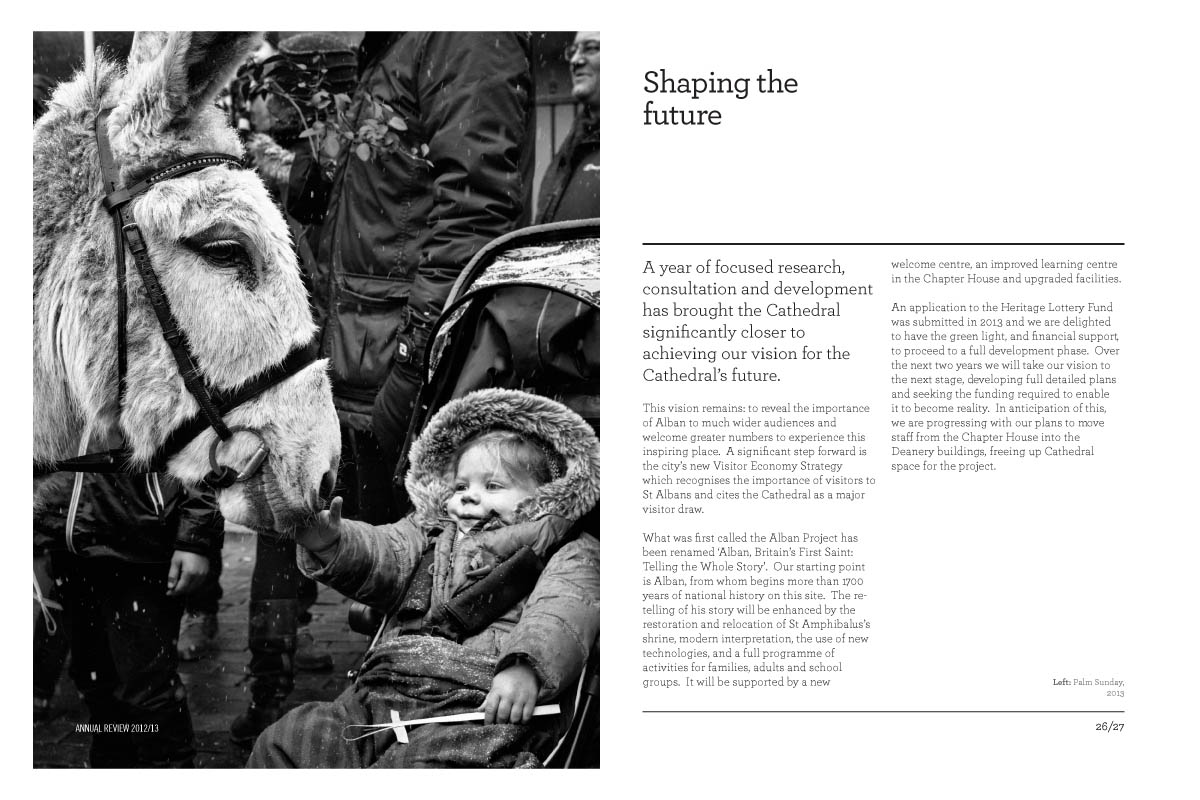 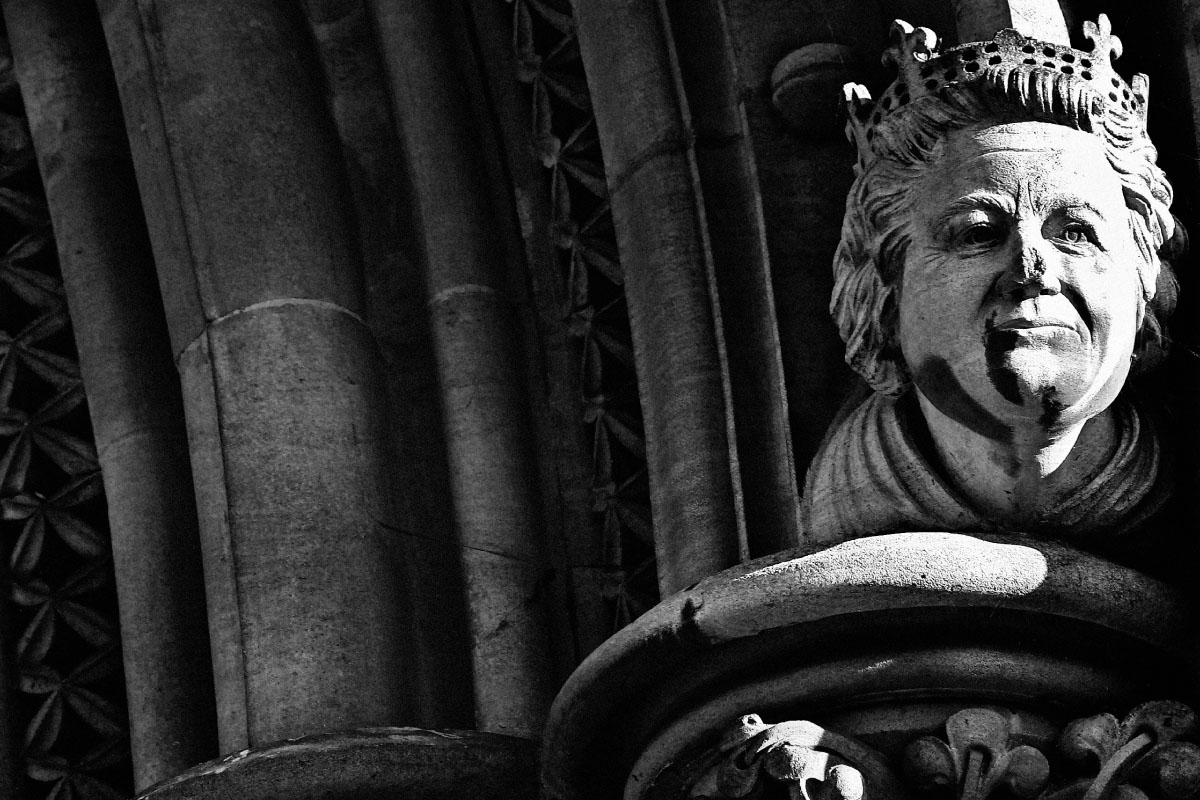